CenCal Cosmos player, Trey Cardozo, has been selected to the 18 player roster for the USClub id2 National Team trip to England and Scotland. 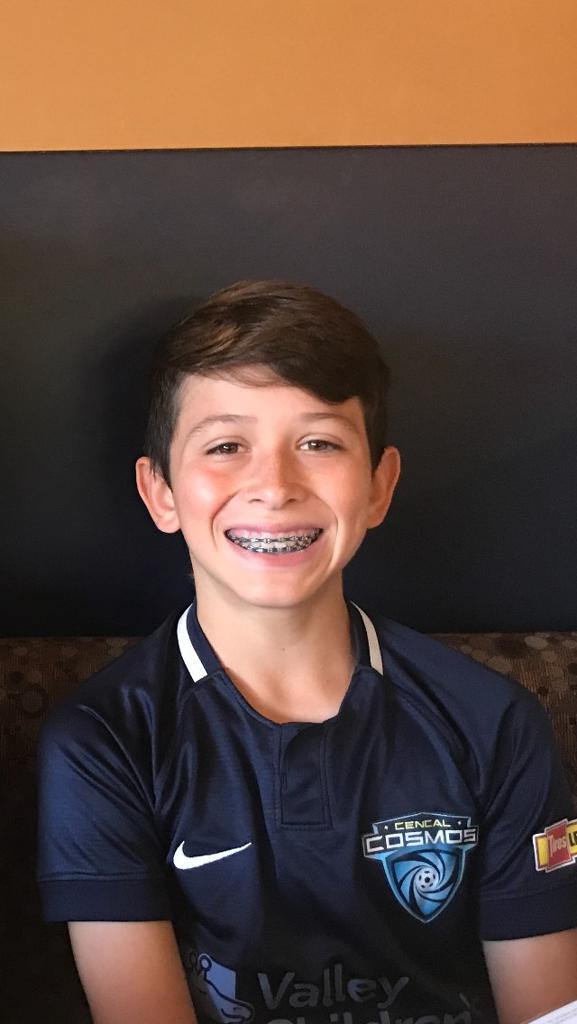 The team consists of 18 players born in 2006, representing 9 different states across the country, from New Jersey to Hawaii. The players were scouted from play with their club teams and various elite talent ID programs across the United States. Notable alumni of the id2 program include Chelsea and US National Team player Christian Pulisic.

The team will meet in New Jersey for a short domestic training camp before leaving to Scotland on March 13th. Whilst in the UK, the team will compete against the academies of top professional teams. The last id2 squad to tour the UK competed against Man City and Everton of the EPL. The players will return on March 24th.

Trey currently plays for the CenCal Cosmos 2006 Boys Grey team, and has been a member of the CenCal Cosmos Club since its inception in 2013. He is also a member of the soccer team at Clark Intermediate School in Clovis Unified.
CenCal Cosmos is a Fresno-Clovis based youth soccer development organization who provide competitive teams and training for players aged 4-18 of all skill levels. They use cutting edge methods, a professional environment, and a long term view to challenge and support players as they strive to reach their potential. Since the club were established in 2013, they have had significant success, both on the team level (winning 2 NorCal State Championships, and having a USClub National Runner up) and on the individual level with multiple players moving on to MLS Academies or playing in college.

“This is a fantastic achievement for Trey and we are very proud of him,” Stated CenCal Cosmos Director of Coaching, Kevin Botterill, “Trey is a talented soccer player, but even more so he is a fanatically hard worker and an all-around great kid. This achievement is definitely a testament to his willingness to persevere and overcome any obstacles that are placed in his way”

Trey has long been seen as a stand out player in a talented year for players in the Central Valley. He has spent significant time in the PDP (Player Development Program) teams for NorCal Premier both at the regional and semi state level. PDP is NorCal Premier’s elite player development program. However, just a year ago that seemed like it may have slipped away after a he slipped out of the squad following an injury and did not return after he recovered.

“Injuries are part and parcel of a competitive sport like soccer, and dealing with significant injury and its repercussions is a difficult process for any player” Continued Botterill, “What really impressed me about Trey and his family, is that they took the blow of not being named in the PDP squad head on, and used it as motivation to work harder. In these times, unfortunately, this is becoming a rare thing. He didn’t blame the club, he didn’t blame the program, he just put his head down and continued to challenge himself every day to reach his potential.”

His on field performances meant that he wasn’t overlooked for long and Trey is now back in the PDP program, where he belongs, and also making waves on a national level.