The concept of CenCal Cosmos came into being in 2013, when founding President Joel Gambrell, DOC Kevin Botterill and a group of like-minded soccer people decided that the soccer community of Fresno deserved a better option.  The club was designed with the guiding principles of long term development of players, long term development of coaches, fiscal responsibility and transparency.

Cosmos began in earnest in the spring of 2014 with 7 teams and added 5 more that May.  Success on the field was almost immediate as the U17 girls won the USClub Regional Tournament and represented the Western Region at The USClub National Championships in Greenville, NC.

The following year marked the beginning of the extraordinary success of the Cosmos Youth Academy as the U9 boys won the NorCal State Championship to be named the best team in Northern California.  This was the first boys team from the Central Valley to win a NorCal State Cup ever.

2016 surpassed everyone's expectations, as CenCal Cosmos established themselves as the preeminent youth development program in the whole of Northern California.  Every boys team from U12 down ('05, '06, '07 and '08 birth year teams) finished in the top ten in NorCal State Cup with the '07 and '08 boys both finishing second.  The '07 second team also finished in the top 16.  On top of this, the '08 girls team finished 5th in the State.

In just 3 short years, CenCal Cosmos became one of the San Joaquin Valley's largest and most successful soccer clubs, and every year we build on that succsss.

In addition to the success that the Cosmos teams have had, the club has also fulfilled its mission of providing opportunities for players beyond the Cosmos setup.  Kayla Calmes, Christian Silva, and Frank Brunnemann have all represented the Region IV ODP team.  Numerous players have committed or are currently playing college soccer.  Ryen Darling committed to Oregon State, Elisa Soderholm played at UW-Milwaukee, Nerisse Bugho is playing at UC-Riverside and Kayla Calmes is playing at Fresno State.  A number of other players are playing at NCAA DII, DIII, NAIA or NJCAA schools. 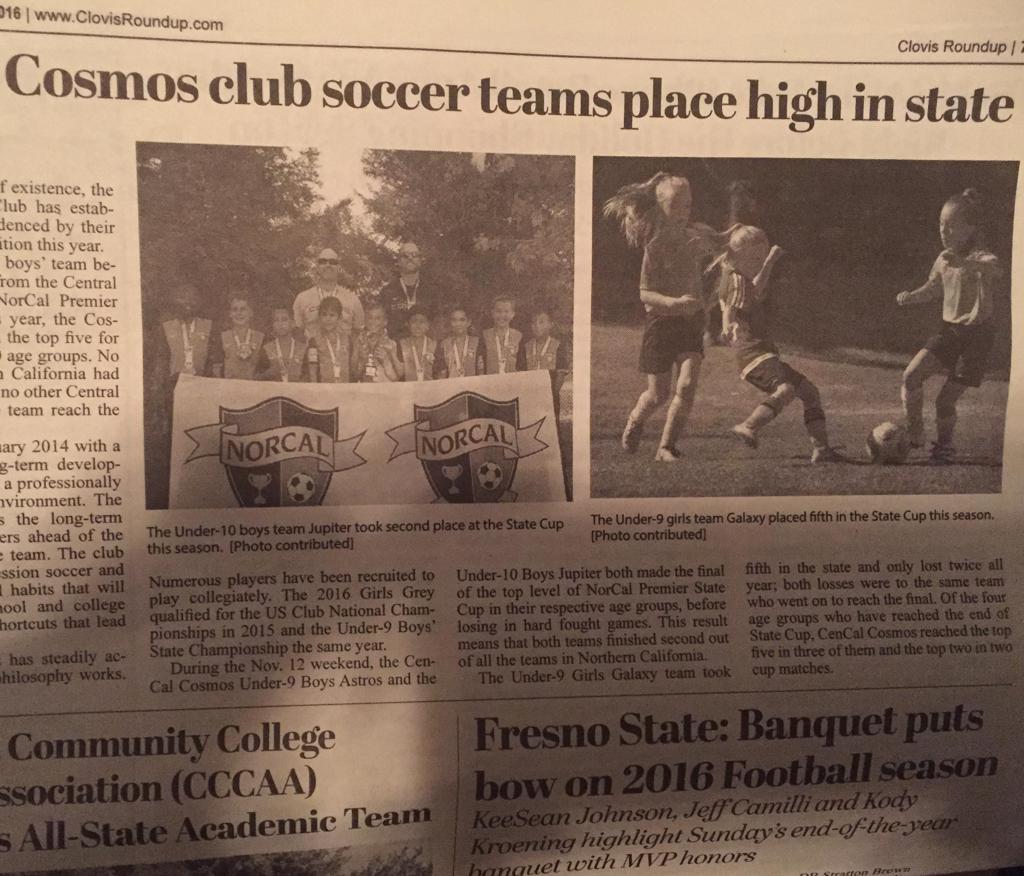 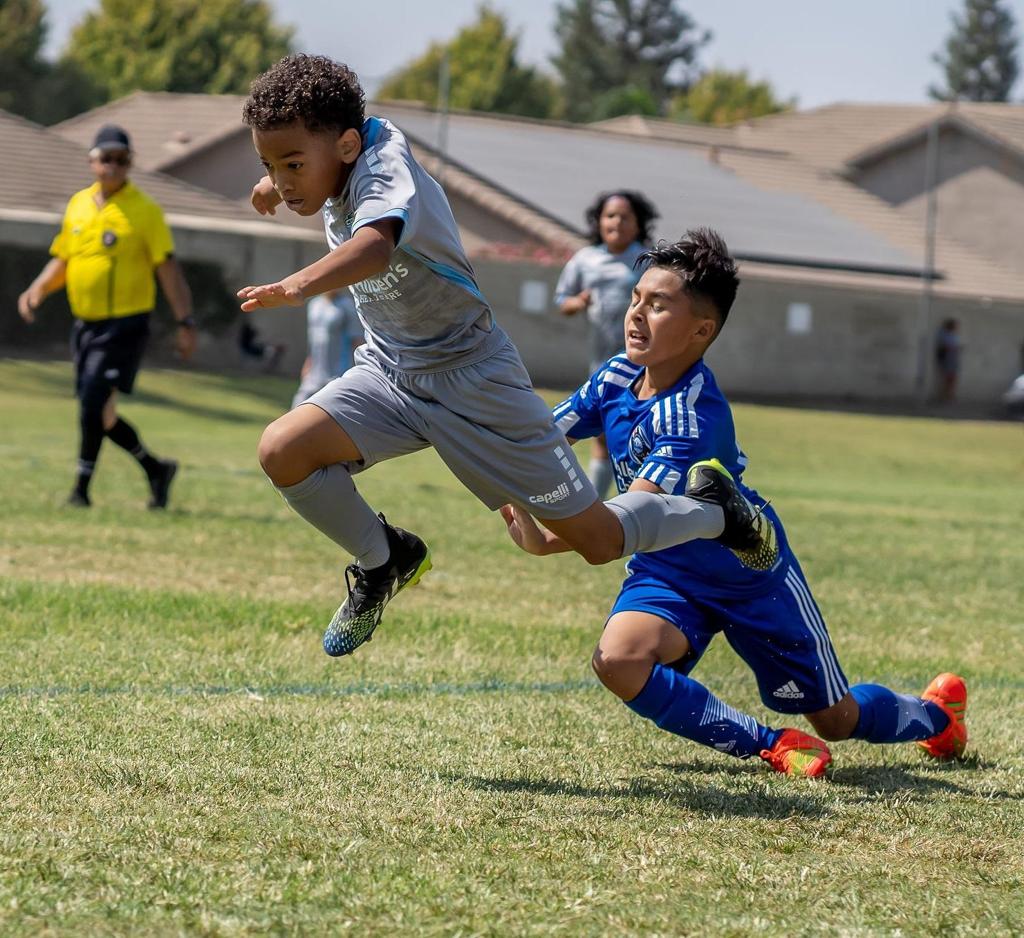